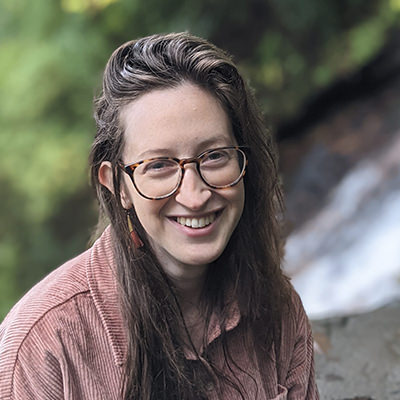 “I remember in high school, people were often surprised that I was interested in STEM and art, but I think they’re super connected and that a lot of engineering is creative.”

“I liked math and science but I also danced very seriously growing up, doing ballet, tap, and jazz. I remember in high school, people were often surprised that I was interested in STEM and art, but I think they’re super connected and that a lot of engineering is creative. Whether literally you’re building something or building a structure in your head for how to visualize a model, it’s all very connected to how you think about art and drawing or sculpting.

“Increasingly it was very clear that physics and engineering was really what I loved to do. And my dad is very into science so he instilled an early interest in that for me. He has a small business that’s at our house and his team makes tools to test reliability, thermal conductivity, and thermal management of electrical components. As I get older, I have realized that being around a lot of circuit boards, working with my dad to build different things, and doing science experiments in the basement, made a lot of science and engineering feel more tractable as an adult. Like when I was little, I would go into the shop and make jewelry out of solder and ribbon cable and then as I got older I wanted to understand what they are and what they do. Participating in that and having someone lead me to see all of the possibilities from a young age was really valuable. I feel like that’s a big barrier for some because you can have so much separation from how things are made or work. So getting that growing up and being like ‘oh I know how to make something’ was special.

“I was very into physics and astronomy in undergrad, then my trajectory sort of slowly changed. After graduating, I wanted something with an impact on the world I was living in, in a more direct way. It felt like a pretty natural transition to engineering from physics and I found solar as a really cool application of physics. I liked being able to go all the way from the fundamental physics of what is happening on a micro level, all the way up to energy going into people’s houses. I was fortunate to work with industry in grad school. I wanted to maintain that and continue working in industry, where it really felt like I was directly connected with renewables getting installed now and less hyper focused on a very small portion of something that’s important in a solar cell.

“As I have been in this world, I increasingly just think energy is super cool. I’m really interested to see, particularly as new technologies come more online, how they will change and shape the way our grid is evolving. I think getting to a higher and higher percentage of renewables and carbon free energy poses a lot of challenges, but they’re really exciting and interesting challenges.

“My big hobbies at the moment are baking and quilting. I’ve always loved the transformative process of baking. As I’ve gotten into baking more complicated things and figured out how to optimize recipes and why certain things make certain things happen, I think it is really interesting. And then you get a treat at the end! Then during Covid, I took a remote quilting class through a fabric store in Cambridge. They did Zoom classes and sent materials. It’s slow, but very fun. Whenever there’s some progress that you see day to day it’s very satisfying.” 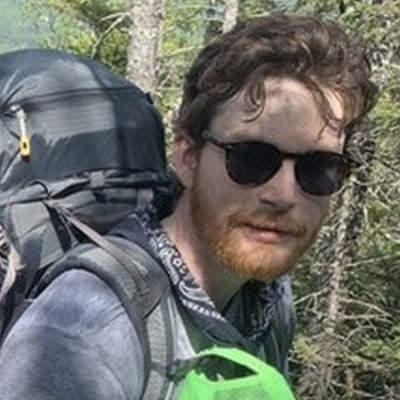 “For me engineers were heroes changing the world with pencil and paper.”

“Middle school science class kicked off my dream to become an engineer. I grew up listening to my dad talk about my great-uncle George Philbrick, who pioneered operational amplifiers in early computers in the 1950s. For me engineers were heroes changing the world with pencil and paper.

“My dad’s mother was an artist, and her brothers were engineers and pilots in WWII and the Cold War. Afterward, her brothers worked in computing, satellites and GPS tracking, which is relevant to what we do at REsurety today, using satellite data to model wind farms and solar farms. Analyzing the natural world through technology is practically a family tradition for the Halls.

“I started undergrad as a pre-med, because everybody tells you that’s the thing to do. Towards the end of my freshman year, I met Professor James Manwell, who ran the wind energy center at UMass Amherst. He was developing practical applications of aerodynamics and statistics and I found that inspiring. I decided I was going to take every class he had to offer. I eventually changed my major and continued on to my master’s in Mechanical Engineering, working with him in the wind energy center.

“In my sophomore year, I got an internship with ISO New England, the regional balancing authority. That gave me a lot of valuable hands-on experience, writing code, looking at real world constraints, and visiting the operator’s room, with 80-foot screens and folks actually operating the power grid in real-time. They took us on tours of a wind farm and other generator types like hydroelectric and nuclear facilities. It really helped me connect the theoretical to the physical.

“For my undergrad final project, I used the wind tunnel. It hadn’t been used much for years, and was in a forgotten back room that no one seemed to have a key for. It was a total mess. I spent many late nights there because it was so loud, and operating it during the day would disturb the lab next door. I’d start my experiments at 10pm. We didn’t have a reliable RPM sensor, so I had a strobe light which I used to catch the RPM of the little blades on 10-inch wind turbines. It was just me in this giant, noisy, dark room with a strobe light going and blades spinning at 10 RPM. I got a chance to learn about ‘wake’ analysis outside of the digital realm.

“I took a break between undergrad and grad school and worked on a cattle farm for a while. It had nothing to do with what I was going to do with my education or experience. I feel the work ethic I learned and the appreciation for being able to get up really early, and do something really hard, was formative. Despite the poor pay and the long hours, I would still look forward to it the next day for whatever reason – mucking through cow dung was a really beautiful break from my data-intensive day-to-day through graduate school.

“I still take and value those breaks from the code, but now it’s going backpacking or snowboarding, not shoveling cow poop.

“After a summer of farming, I began my graduate thesis project on ice accretion on wind turbine blades. I developed a program that would model ice growth under various inputs and variable weather conditions. I coupled that with other modeling tools to answer questions like: How much does that affect power output, and are the blades at risk of breaking from the added weight and force? It led me to embrace software and use programming to solve problems.

“My first job was in market research on startups, which I quickly decided was not for me. Then I took a job at a commercial-industrial energy consulting firm, where I cut my teeth as a software engineer. I gained experience both in building production software and client interaction.

“In the U.S., everything is an open market, you have to incentivize money to flow into this industry in order to accelerate it. And I think that’s what REsurety does really well: we’re lowering the barrier for capital to make it into the renewable energy market.

“We make granular information and data accessible and digestible for anybody in the finance industry. They can surface valuable insights and make a safer or educated investment. Ultimately this means that we are building more wind farms and solar farms, faster and more cost-effectively than we would otherwise.

“There are two sides to that coin, because just as it’s difficult for the finance industry to fully understand the investment risk, it’s difficult for developers to efficiently gather that much capital at once. So if we can better partner financiers with developers, we can make faster strides in reducing our dependence on carbon-based power.

“Now, I’m really focused not just on solving the problem, but solving the problem at scale. The last year I’ve been working not just as an individual contributor modeling wind, solar and power markets, but also taking on an architecture role and working with our product team to define how we’re going to build massive scale services for our customers.”